As we enter a new decade with a growing number of states legalizing cannabis, health officials, law enforcement, and entrepreneurs are racing to figure out how to test for THC intoxication to quickly determine whether a driver is too impaired to get behind the wheel.

Staying educated about the latest research provided by the National Highway Traffic Safety Administration and the rapidly evolving state driving laws, are essential to many of today’s informed cannabis users.

“As recreational marijuana use continues to grow at a steady rate in California, it is important to keep our customers informed about safe consumption and legal limits,” says General Manager Paul Cotterell of The Leaf El Paseo, the premier cannabis dispensary in the Coachella Valley.

As legal recreational marijuana usage increases in California and nationwide, the greatest challenge for lawmakers is finding consensus on how delta-9-tetrahydrocannabinol (THC), the psychoactive ingredient in cannabis, affects drivers and what levels constitute driving under the influence.

Many legalization advocates want cannabis to be regulated like alcohol. In fact, a handful of states have established “per se” limits making it inherently illegal to drive with specific concentrations of THC in one’s system. The nationally recognized level of impairment for drunk driving is .08 g/mL blood alcohol concentration. But currently, there is no similar national standard for marijuana-impaired driving.

While investigations have not yet established a clear-cut standard for THC intoxication as a legal measure, three companies are lining up for an early slice of the law enforcement pie.

Hound Labs have developed a marijuana breathalyzer test — similar to those testing for alcohol consumption — that will be able to determine whether someone is stoned up to three hours after smoking. The Hound device is designed to detect both marijuana and alcohol in human breath, with an estimated cost of $600 to $800. 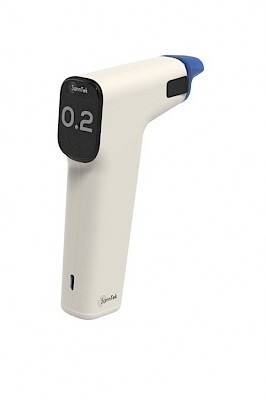 Two Canadian companies, SannTek and Cannabix Technologies Inc., are also competing to release breathalyzer tests in 2020 and boast that their devices provide fast results. Company engineers at Cannabix have been fast tracking the development of its THC Breath Analyzer, which is planned to sell for $1,000 to $1,500.

These new devices will be particularly helpful to law enforcement who don't have a roadside drug testing tool of this kind. Police agencies in California are zeroing in on ways to test drivers impaired by marijuana and other drugs, ever since voters legalized recreational marijuana.

Currently, mouth swab devices, blood draws, and urine samples are used to determine impairment, however, these methods are expensive, and the results take too long.

In early 2020, the California Highway Patrol will begin a pilot project in the Bakersfield area to field test oral fluid screening devices that detect the presence of a number of substances. Just as law enforcement steps up their efforts in this rapidly evolving battleground, concerned consumers should stay abreast of the latest information. 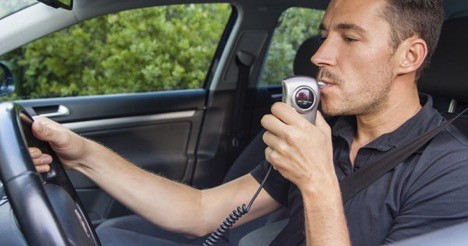