Why Is Marijuana Called 420?

If you don't let facts get in the way of a good story, you’ll love the origin of how 420 became a code word for marijuana. The truth is just as interesting as the many myths that refuse to die.

Most references to the number 420 mean marijuana. As with many slang words, it became a way of openly speaking about something that was secretive or prohibited. People masked its true meaning as a time (“we’re meeting at 4:20pm”), a date (“mark 4/20 on your calendar”), or just simply a noun (“I’ve got some 420”).

The origin of the term 420 has been speculated throughout the years. As its popularity grew, so did the false claims. Although the myths have been debunked online, the untrue yet interesting word of mouth stories live on. 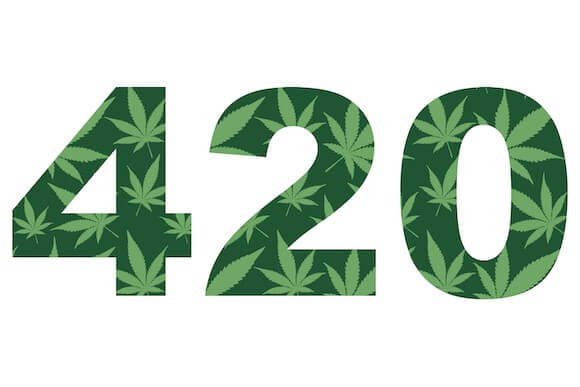 The numeric nickname led many to the assumption that it represented the police code for the possession of marijuana. However, most police codes are double digit numbers preceded by a 10 and further research confirmed that 420 was not used in any jurisdiction.

One interesting theory goes back to the 1966 release of the Bob Dylan album Blonde on Blonde. The opening song “Rainy Day Women #12 & 35” reached number two on the U.S. pop charts and featured a repeating of the very controversial lyric “Everybody must get stoned.” Somewhere along the way, someone figured out that when the numbers 12 and 35 from the title were multiplied, the product was 420. Although one of the more plausible theories, it is untrue.

There are many weaker theories centered on notable events that may have occurred on April 20th, including birthdays, anniversaries, or historical figures. These have all been conjecture and usually have no credible connection to marijuana. 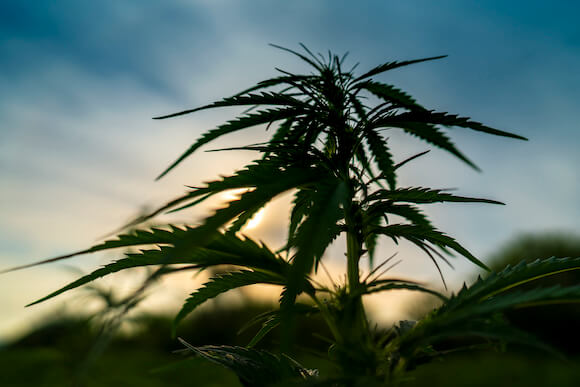 Another seemingly reasonable theory is that the cannabis plant contains exactly 420 chemical entities. While a study published by the National Institutes of Health has identified over 400 chemicals, compounds, and cannabinoids, that information postdates the use of the 420 term, and laboratory cannabis research continues to identify new chemical components across various strains.

In addition to theories, there are many homages to the moniker in media and pop culture. Clocks set at 4:20 can be seen in Hollywood movies, most notably the Pulp Fiction pawn shop scenes. In Fast Times At Ridgemont High, the final football score is 42-0. One contestant on The Price Is Right ended every bid in $420 to audience cheers. Even the California state legislature passed a medical marijuana Senate Bill designated SB 420.

Throughout the 70s and 80s, the use of the name 420 grew along with the various stories attempting to explain its lineage. Beginning in 1990, High Times magazine started to embrace the name 420 at a whole new level. It even declared April 20, 1991 as the first annual “grandmaster of all holidays” – a day in which people should fully partake in the use of the then illegal weed.

Besides expanding its use of the 420 name, the magazine also began researching the origin of it. This is where the true story begins. 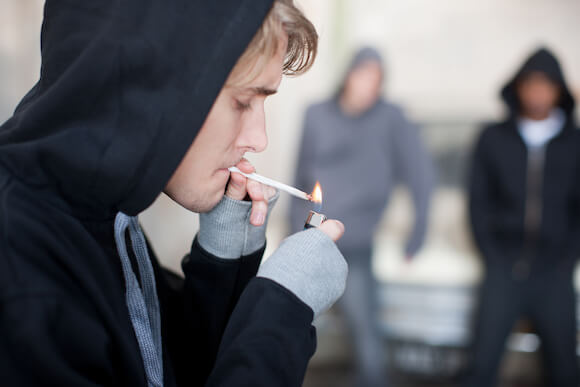 In late 1971, a group of teens from San Rafael High began to meet at the school’s Louis Pasteur statue at 4:20pm, after school activities had ended. They met to smoke marijuana and sometimes pursue an alleged secret stash of the plant. One of them had been given a hand drawn map of a marijuana crop illicitly planted on federal land near the Pt. Reyes Lighthouse. The planter had been transferred to a new Coast Guard post and would no longer have access to the weed.

The boys would meet regularly with the reminder “4:20 Louie.” It soon just became “420” and later the number simply became a stand-in for the word marijuana.

These boys also had connections to the San Rafael based Grateful Dead, touring musicians with a rabid fan base known for the consumption of marijuana and other party favorites. Eventually, the 420 term spread among their fans around the country.

In the late 1990s, media outlets began tracing the origins of the term. The teens, now all professional adults, provided a trove of evidence pointing to their Waldos group as the originators of the term 420. This story can be confirmed at their official website 420waldos.com, which is a fun and fascinating read.

The celebratory April date may owe some of its heritage to the annual Hash Bash in Ann Arbor, Michigan. The event first started as an opportunity to legally smoke marijuana on April 1, 1972 due to a judicial loophole. It continued thereafter as an annual pro-cannabis protest. As marijuana gained legal acceptance, it became a victory celebration for marijuana advocates, held on the first Saturday in April. 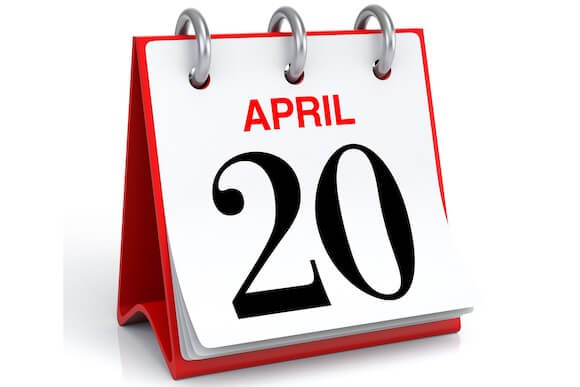 In California, the largest recreational cannabis market, many dispensaries will be celebrating April 20th with promotional specials. For example, The Leaf El Paseo in Palm Desert, a highly reputable marijuana dispensary in Southern California, will be offering some of its biggest discounts of the year.

Be sure to mark your calendar to support and responsibly enjoy cannabis on this day of celebration seeped in intrigue and history. And now you know the true origin of 420.

The Inside Scoop on the Secret Origin of 420
https://hightimes.com/culture/the-inside-scoop-on-the-secret-origin-of-420

Timeline: The History of 4/20
https://hightimes.com/culture/history-of-420 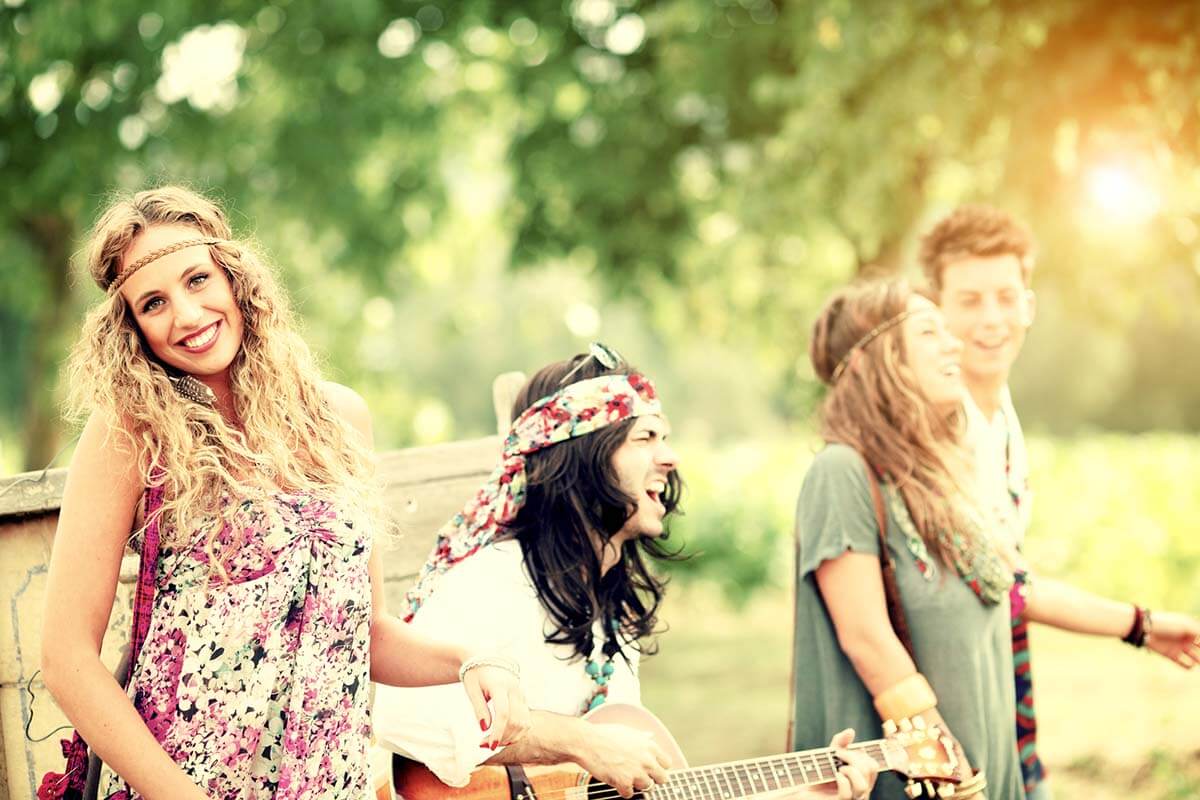